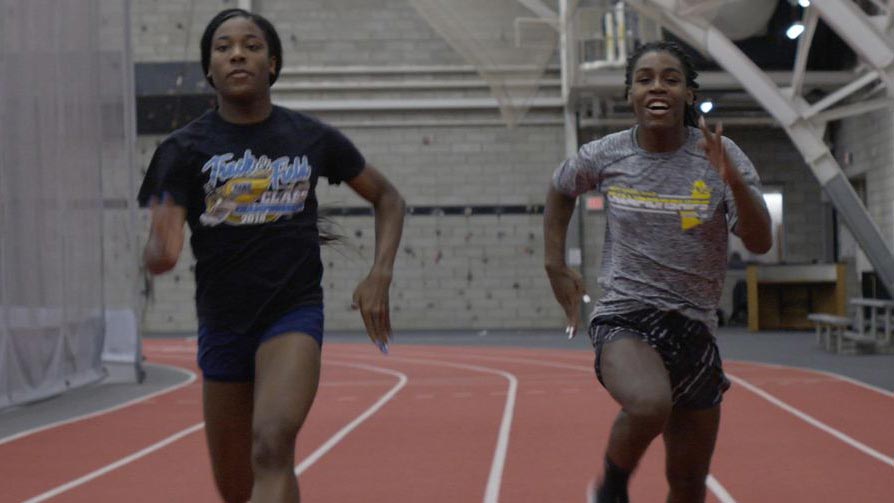 Tickets may be available at the door.

LGBTQIA+ Night
(Both programs for one $12 ticket.)
Sponsored by Eastern Washington University, celebrating the 10th anniversary of the EWU Pride Center!
At 6:00pm, join us for a shorts program of LGBTQIA+ stories. Then, take a few minutes to stretch your legs and check out concessions before heading back into the theater to see the feature-length documentary Changing the Game.

Transgender high school athletes across the U.S. fight for their rights and challenge boundaries and perceptions of fairness and discrimination.

When notorious bank robber the Momster (Amanda Plummer) catches her daughter Angel (Brianna Hildebrand) mid-gunfight, Angel thinks she’s being rescued… until she realizes she has to do the saving.

Filmmaker and bestselling author Vivek Shraya’s ode to a popular Edmonton gay bar that closed in 2007. With pulsating neon-light animation, Reviving the Roost is a story about community complexity and longing, and an elegy to a lost space.

On the Ride tells the story of a man’s morning bike ride, which takes an unexpected turn and lands him at the door of a stranger intimately connected to his darkest trauma.

1.5% of people are born with anatomy that doesn’t fit typical definitions of female or male. It is common practice for doctors to perform genital surgeries on intersex infants–often with disastrous results.

Sweetheart Dancers is a story about Sean and Adrian, a Two-Spirit couple determined to rewrite the rules of Native American culture through their participation in the “Sweetheart Dance.” This celebratory contest is held at powwows across the country, primarily for men and women couples. Until now.

Misdirection is a coming-of-age queer comedy about a college freshman who falls in love with close-up magic as an escape from her unrequited crush on her roommate and her recently-diagnosed OCD.

Stonewall: The Making of a Monument

Ever since the 1969 riots on the streets outside New York City’s Stonewall Inn, LGBTQ communities have gathered there to express their joy, their anger, their pain and their power.